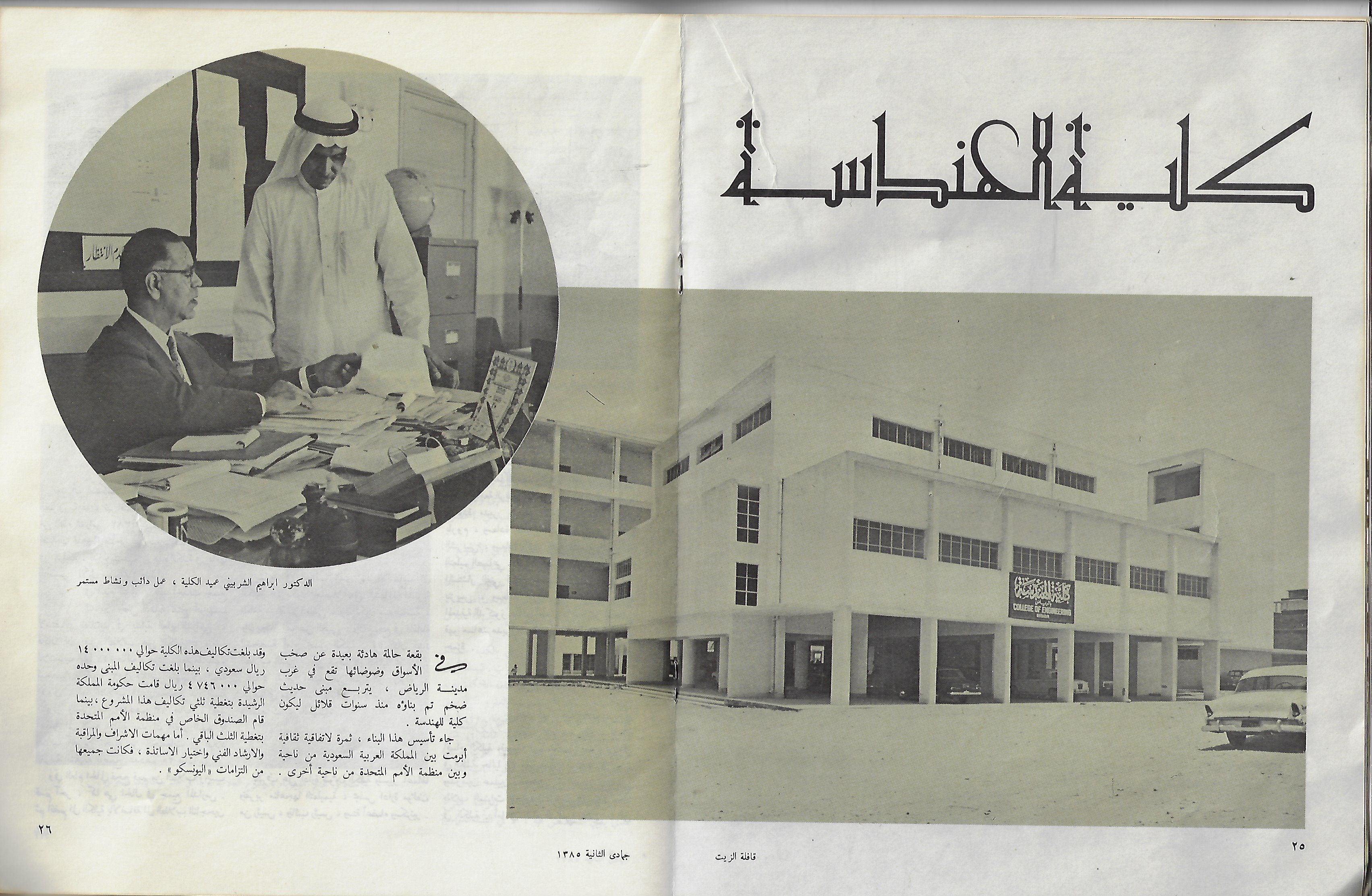 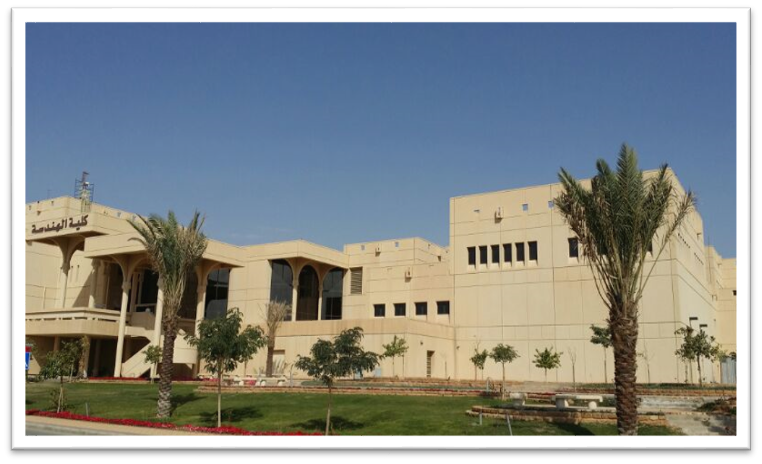 The College of Engineering was established in 1382H (1962) as a joint venture between the Government of the Kingdom Saudi Arabia and the United Nations Educational, Scientific, Cultural Organization (UNESCO). In 1388H (1968), the College joined King Saud University, and has been on the path of development and growth from the outset, and this is evident in the marked increase in the number of students and faculty year after year, as well as in its scientific and research production in quantity and quality, and in the high scientific and professional level of its graduates.  At the beginning of the academic year 1382/1383H (1962), the number of students was 17 and this number was increased until it reached about 2600 students in the academic year 1443H (2021), and similarly the number of faculty members and those in their rule in this period from 4 members to more than 360 members.

In 1401H (1981), postgraduate programs at the College began with master's degree programs, followed by doctoral programs in 1409H (1989).  In sum, there are now six departments offering the following degrees:

In addition to the following multidisciplinary degrees:

The Faculty of Engineering has received a large share of academic facilities in the university campus, where the number of smart classrooms 90 halls, in addition to many meeting rooms and meetings, and the college also has two runways equipped with all audio-visual means, while teaching laboratories and research laboratories have more than one hundred and fifty laboratories and laboratories equipped with all the equipment and extensions of water, gas and safety means, and college officials are constantly working to develop these laboratories and provide them with the latest equipment to make them able to meet the needs of students and faculty alike.

The College focuses on research activity through many chairs, centers and specialized research institutes that it hosts, as well as the College Research Center, which is the first research center to be established at King Saud University.

The site's content management through supervisor of College of Engineering
Do you face any technical issues on this page?