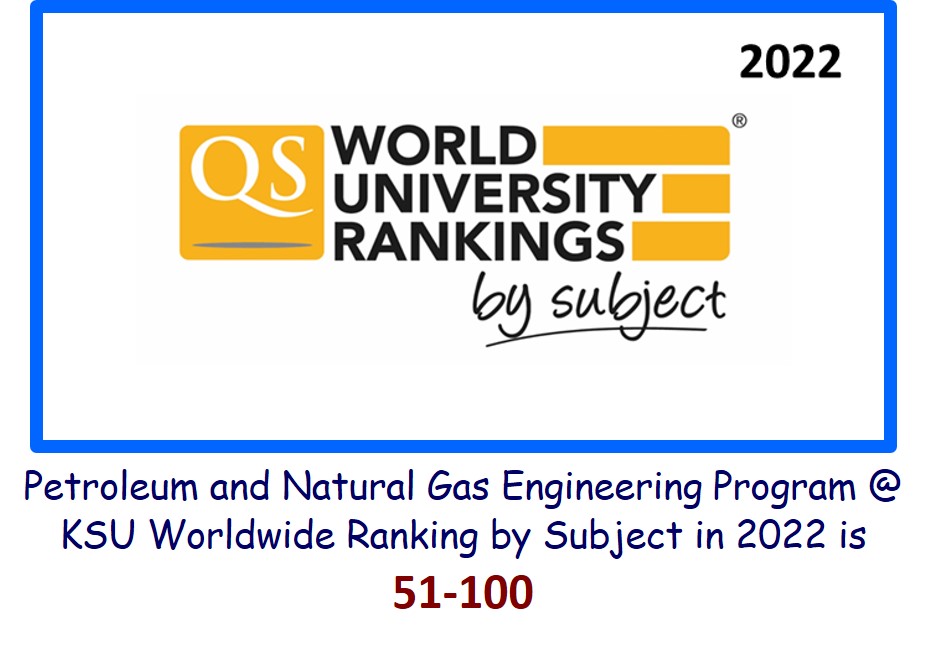 The “Department of Petroleum Engineering” was established in the academic year 1973 to become the first department in this discipline in the Kingdom and the entire Gulf region.

The proposal of changing the name of the department from “Petroleum Engineering” to “Petroleum and Natural Gas Engineering” was approved by the Custodian of the Two Holy Mosques the King of Saudi Arabia in the royal approval decree no. 4118/MB at 26/6/1427H.

Its establishment was a national response to the increasing demand for petroleum engineers in a country that has huge hydrocarbon reserve and one of the largest oil exporters in the world. A simple calculation shows that with the prevailing current oil production rate, this reserve will last more than 100 years. This indicates that the oil industry will continue to play a leading role and to have the largest contribution to the economy. Based on these facts, it seems that, among other engineering and scientific disciplines, the petroleum engineers will have the most secure and guaranteed jobs in the future. Whenever an exploration team becomes confident about the existence of certain geological formations, which may contain oil or gas, petroleum engineers start designing and setting up a general plan for the drilling programs. Then they study the amount of oil and gas reserves and the optimum methods for oil and gas production at the minimum cost, and the best methods for preserving the energy of the reservoir, keeping in mind the special conditions of each reservoir. This requires the teamwork of drilling, reservoir and production engineers. And because of the need to acquire all these skills, basic sciences are interconnected with the specialized engineering sciences in an integrated program leading to B.Sc. degree in petroleum and natural gas engineering.

Both fundamental and applied courses are included in the curriculum, relating to the areas of reservoir engineering, drilling engineering, production engineering, petroleum transportation and petroleum economics. Computer work in petroleum engineering is stressed in order to better prepare the graduate engineer to work in the complex world of modern technology. In a developing country, much emphasis is needed on practical training, whether in the laboratory or in the field. The department has well-equipped laboratories in reservoir rock properties, phase behavior under reservoir temperature and pressure, drilling fluids, personal computers, natural gas and production engineering.

The oil companies working in the Kingdom attract and employ the majority of the department graduates where they have good opportunities to practice and apply the knowledge they have acquired during their academic study. They enjoy attractive financial benefits as well as chances for studying and training missions inside and outside the Kingdom. Governmental agencies such as the Ministry of Petroleum and Minerals, SABIC, etc. provide job opportunities for the department graduates. Moreover, service companies, which are an integral part of the oil industry, provide financially attractive job opportunities for the graduates of this engineering major. Since its establishment, the petroleum and natural gas engineering department has effectively contributed to the rapid development of the Kingdom by providing qualified grduates currently working in high positions in both public and private sectors. The department aluuni proved their ability to pursue graduate degrees locally and internationally and actively involved in research and development activities. Such success can be attributed to the continueous assessment and development of the offered educational programs. The B.Sc. program has gone through two general reviews at which it was accredited by the Engineering Accreditation Commission of ABET, http://www.abet.org. Additionally, in April 2015, the program has successfully passed the general review for accreditation by the National Commission for Academic Accreditation and Assessment (NCAAA) in Saudi Arabia.